Warning: Declaration of AVH_Walker_CategoryDropdown::walk($elements, $max_depth) should be compatible with Walker::walk($elements, $max_depth, ...$args) in /home/customer/www/nicholemichele.com/public_html/wp-content/plugins/extended-categories-widget/4.2/class/avh-ec.core.php on line 876
 Increase Arm Strength With Yoga | Nichole Michele 
Warning: count(): Parameter must be an array or an object that implements Countable in /home/customer/www/nicholemichele.com/public_html/wp-content/plugins/copyright-licensing-tools/icopyright-functions.php on line 651 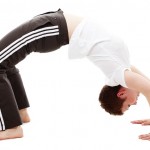 I love the look of toned arms! If you do as well, then Yoga is fantastic for building strength in the arms. Although you may never see your biceps bulge through your T-shirt sleeves, I will say you will see an increase in arm strength and endurance that may not occur in perhaps other forms of exercise. Although, some basic Calisthenics like Push-ups, the Plank and the Dive-bombers do borrow heavily from Yoga.

As a beginner Yogi, when I was having difficulty holding endurance building poses such as the Wheel, Bow, Peacock and Crow Poses-with their variations-for a good enough length of time (say an average of 90 seconds and beyond), I discovered by sheer chance that in increasing the number of rounds of the Sun-Salutations to at least 24 straight rounds, I could hold any of the poses above for a quite a while. It will be safe to say that is because the muscles are warmed up by this powerful
combination of systematic poses for the otherwise moderate to strenuous demands put on them.


In addition, when I started adding Hindu-push ups (a straight yoga derivative as it’s basically Downward Facing dog meets Cobra Pose repeated in sequence) for an occasional source of variety in working out, these same Sun Salutations increase my endurance to be able to perform a good amount of this Yoga-esque exercise.

That considered, in addition to the Sun Salutations (24+ rounds) the other poses one should focus on for increasing strength in the arms are:

To some degree, even the simple shoulder-stand when performed in conjunction with it’s counter poses-The Bridge and Fish pose, can definitely come in handy for using Yoga for increasing arm strength.

Additionally, each of these poses also come in extremely useful for toning up the abs and offering in some cases a deep tissue massage to your visceral organs. BONUS! 🙂

So next time you run into someone who thinks Yoga can’t do much for their arms, be sure to tell them to try the poses above, along with the wonderful Sun Salutations. You will be almost guaranteed increased strength of your arms in no time. 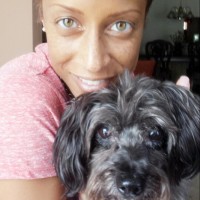